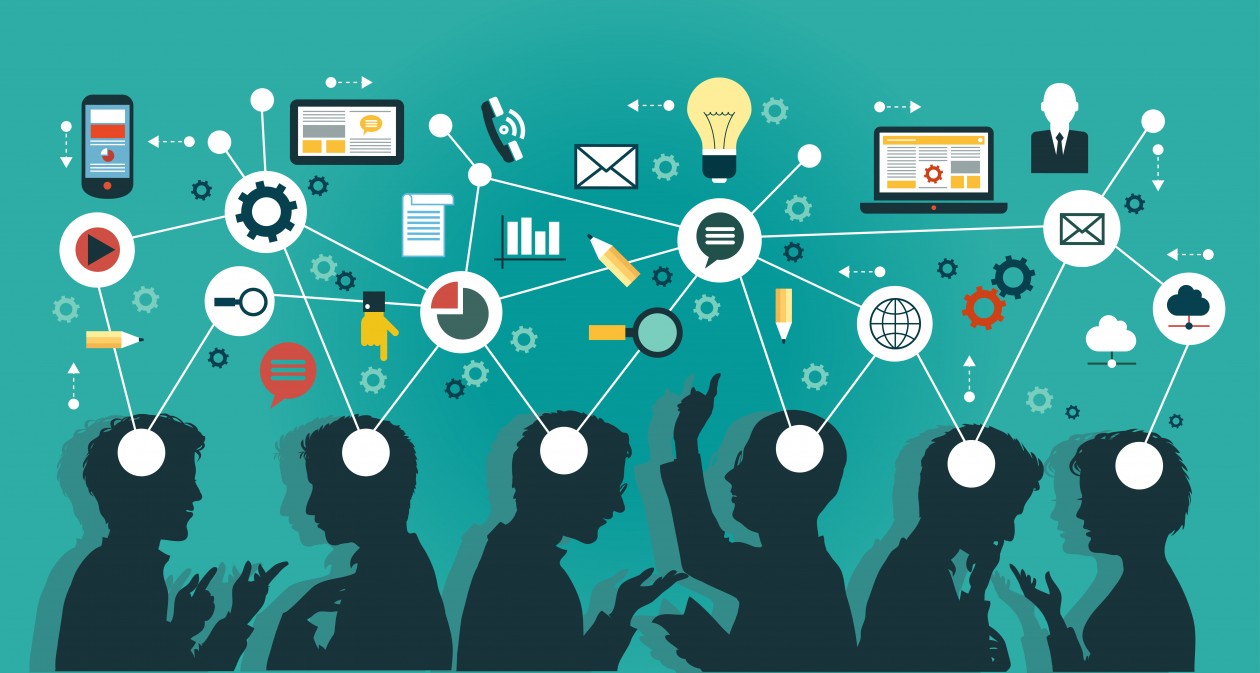 So you are building a new startup in 2016, huh? Let me guess: you are doing something in the Virtual/Augmented Reality, Machine Learning or Internet of Things space?

Odds are I have a pretty good chance of being right.

If you are remotely involved in the technology sector, the concepts of VR/AR, machine learning or IoT are probably all to common.

In the tech startup space, these concepts are becoming overwhelmingly common.

After understanding this ecosystem, a question can be posed: Is the entrepreneurial explosion in these three areas top-down or bottom up?

Put another way, are venture capitalists (VCs), by nature of how they vet and source potential investments, pushing entrepreneurs to start businesses in these areas (knowingly or unknowingly)?

In the last few years, we’ve witness an unprecedented increase  in the fame/popularity of startup investors. I call it the ‘Rise of VC celebrity.’ This is largely a result of social media, publicized media accounts of overnight billionaire investors and entrepreneurs, along with a new idealization of former entrepreneurs turning into investors.

Through formal and informal channels, aspiring entrepreneurs are being taught that fundraising is the only route to entrepreneurship. Quick example, just visit any notable tech publication (TechCrunch, VentureBeat, you name it. I’ll make a bet that at least 30% of the first page consists of news about some startup that raised some amount of money from some famous VC.

Eventually, you create an echo-chamber that defines success, partially by how much money you raised and the name of the investors. What results is a class of entrepreneurs chasing ideas that they know are going to get them funded.

At the same time, you have popular VCs more frequently discussing the specific new areas and themes that they are excited by. Some of the most prominent names in the industry are even touting a list of ideas they want to see you build, properly titled ‘Request for Startups’.

Following suit, entrepreneurs are flocking in mass to these popular ideas, many of which sound like “shiny object syndrone.”

That’s why we are seeing, and will increasingly see, more of X for Y startups, bearing the new concepts of VR, machine learning and IoT.

Our industry has a history of pushing out countless copycat businesses in waves based on what is popular at the moment. This tweet from well-known venture capitalists Mark Suster summarizes the trend well. 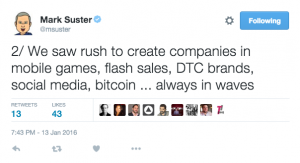 [To revisit the initial question:] Whether or not VCs are pushing entrepreneurs towards these ‘popular’ ideas or entrepreneurs are consistently pitching business ideas that all happen to be similar, is still unclear.  My guess is the former.

Why this matters is because what is being created is a funnel of talented and ambitious entrepreneurs working toward projects and businesses that are popular today, but doesn’t necessarily equate to their core competency or a sector that has lasting power.

As someone who is not in venture capital (or building a startup), I could be wrong here. But my gut tells me that the answer isn’t as clear as you would think.