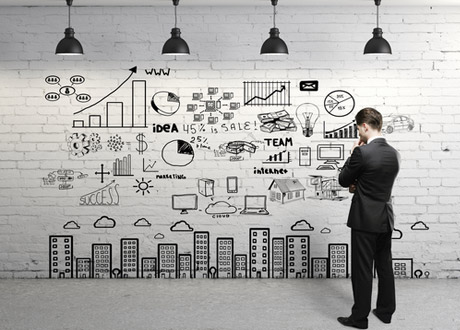 Even though I often discuss consumer startups on my  blog, my roots and professional experience are in the enterprise space. I spend a lot of time thinking about how technology changes within businesses and the reasons behind it.

By most standards, large companies and enterprises innovate slowly. Old processes, outdated tools and archaic systems. Technological innovations that sprawl in the consumer space gradually become prevalent in the business space. This trend is often known as ‘the consumerization of IT.’

In my opinion, this topic of internal-business innovation will have increasing attention in the coming years. In fact, similar sentiments were echoed by a popular technology blog a few days after I began drafting this post.

Here are a few reasons why innovative change is slow for companies:

Good news though… I think things are changing.

Salesforce, Workday, Box and Google are some of the modern names that have become synonymous with enterprise innovation. Simplicity of a product interface and rapid feature deployments are just some of tools in their toolbox.

These efforts are enabling young and innovative employees within large corporations to work faster and collaborate more effectively. Meanwhile, a new wave of companies and startups are striving to push this concept further.

So while some think that innovative growth in the enterprise is more a trend, evidence demonstrates that this could be a lasting growth area. Here are examples of how things are changing:

1. The BYOD trend isn’t slowing down

Many large organizations and companies have instituted a ‘bring your own device’ to work policy, commonly referred to as BYOD. This shift is becoming well documented and is part of the larger trend known as the ‘consumerization of IT.’ At a basic level, the favor and rationale behind  a BYOD environment is multi-fold: employees largely prefer using things that they already own and are familiar with; companies can save and reduce equipment expenses; deployment time is minimized.

2. IT departments are being pressured to spend more, faster

Earlier this year, McKinsey released an interesting study that highlighted the top-down pressure that many IT professionals are facing. Simple reason: C-level management (examples: CEO, CIO, CTO) are less positive about their company’s IT performance than they were a year prior. They know that better tools and systems exist and they don’t want to be left behind.

Building on the prior point, large enterprises and small businesses alike are recognizing the diminishing costs associated with cloud storage and application deployment. IT professionals and executives recognize that there is a significant opportunity to invest while things are cheap. Costs are being reduced so rapidly that some are calling it a ‘race to zero,’ with cloud providers like Google, Microsoft and Amazon making it cheaper than ever to store data in the cloud.

With all these factors, along with countless others, it is clear to me that we are seeing and will continue to see a huge shift within the innovation in the enterprise space. Businesses will have to become more creative, nimble and innovative, or face irrelevance.

Circling back to Mr. Churchill’s quote from the top of this post, it is becoming evident that leaders within today’s large enterprises are aiming for improvement by a renewed sense of change and innovation. I’ve had the pleasure of seeing companies innovate well within this context and I think others will too.