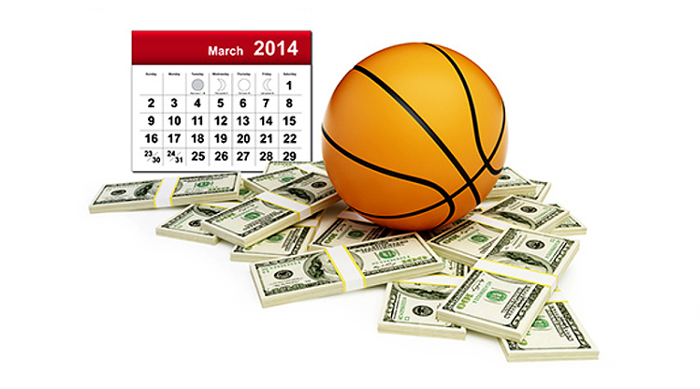 There is one time of year when sports fanatics earn bragging rights and cash for what they’ve learned from watching countless hours of regular season college basketball games. It’s March Madness.

Yet when you listen to what successful coaches and players say about why they did so well in the tournament, the key takeaways and points sound very reminiscent of what’s required when building a great company.

It’s more than just having a great team, working hard and continually getting better. It’s about identifying the unique factors that translate from the court to the office.

Here are five lessons that March Madness can teach you about building a successful business:

1. Take every battle day by day, or game by game.

The #1 overall team in the tournament, the University of Florida Gators, didn’t achieve this ranking by starting the season in preparation for the championship game.

They began by preparing for their first opponent and did everything to win that specific battle. They took this approach for every game afterward, allowing them to achieve a 32-2 regular season record.

As a business founder or early employee, you need to focus on the battles that arise day-in and day-out. You can aspire for Facebook-size success as long you build product, ship the new feature and land that new business deal, today.

Your goal in the morning shouldn’t be to dominate 50% market share before noon, it should be to take all the necessary steps that will make it possible tomorrow. Rinse and repeat. Work hard and leave it all on the court, every day.

2. Understand your weaknesses & expect that competitors will exploit them

A great CEO understands what his best professional and personal characteristics are just as a championship point guard understands his strengths on offense and defense. The great players of these two positions need to recognize all of their weaknesses and address them head on. Why? Because your competitor will.

Whether it’s through game film and a scouting report or through testing your product and finding bugs, your competition will identify it and expose it. They will harp on it so that your users, fans, investors and team members know. So how do you avoid this? Surround yourself with key team members who excel where you lack.

Always be hiring great talent. Openly address the areas for improvement and communicate to your customers that you are working on it.

3. Ignore the so-called ‘experts’ and determine your own destiny

Every March, dozens of college basketball ‘experts’ emerge on TV and in the media claiming to know how things will turn out. They predict certain teams will fail miserably while proclaiming others will make it to the Final Four. They are rarely ever right.

In the startup space, these self-proclaimed experts come in the form of potential investors, tech bloggers and former entrepreneurs. While they have domain expertise to some degree, they have no more ability to accurately predict the future than you or me.

While most Silicon Valley investors and so-called experts dismissed many of today’s most successful companies, the founders were out there determining their own paths.

Talent and experience are key attributes of successful players and founders. Those who’ve been through the struggle before can bring important intangibles to the table.

In the case of March Madness, this is best represented by teams with multiple seniors like, #1 Florida, which has numerous players who’ve experienced the tournament before.

Building a business is always tough but experienced operators and playmakers can make it easier. However, with all that said, don’t discount the ability of talented new team members and freshmen.

There have been stories of young freshmen carrying a team to a championship just as a young team member can step up to lead a growing company in the business world.

5. Expect the unexpected and be comfortable with uncertainty

Just as a cinderella story is possible in March Madness, unforeseen events in business will arise. Expect it, accept it and adjust. Flexibility is one of the most important characteristics of a founder or CEO.

A feature will fail on launch day, an employee will quit when you least expect it and your latest funding round will collapse at the moment when you need it most. So what, your mission and vision remain constant. Adapt.

Find a temporary solution, hire a temp for a day and find a short term funding source to hold you over. Do what it takes to win.

So what’s the bigger picture?

While I am not the first to highlight this analogy between business and sports, I do find March Madness to be a unique team adventure that requires a different approach compared to most sports that translates directly into good business.

With that said, if you are a founder, CEO or early employee in a startup, understand what habits and factors will best position you for success. Remember, the ball is in your court.