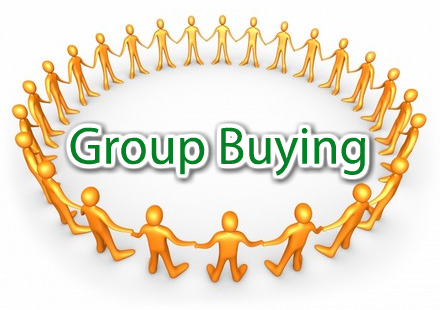 By now, we are all aware of the juggernaut that is Groupon. The company that made group buying and using coupons easy and fun has become a household name. However, due to its popularity, it has become extremely difficult for businesses that are interested in working with Groupon to get a deal up and running in a short timeframe. With the recent announcement by Facebook, along with the countless Groupon clones, business owners now have a variety of options when considering group deals and real-time coupons.

First let’s dig into the huge news that Facebook broke on Wednesday. According to the social network’s blog post, businesses will now be able to offer discounts to users when they check in to their place using Facebook Deals. This will allow businesses to provide creative deals and loyalty rewards to customers who check into their business. Furthermore, the platform can be used to encourage users to bring more friends by sharing their location with their personal network of friends. This new development is another one of Mark Zuckerberg’s plans to expand Facebook’s influence on the social graph, which is simply user-connectivity through mobile, social and location-based platforms.

If Facebook isn’t your preference, consider utilizing the popularity of one of the many Groupon competitors. Two of the more popular websites are LivingSocial and Tippr. Each of these companies have developed similar models to Groupon, however, they each offer some distinguishing features. The legitimacy of these competing websites can be exemplified by the funding that they have received, including LivingSocial, which raised upwards of $44 million. Furthermore, with the advent of daily deal aggregators like Yipit.com, having your company featured on sites other than Groupon can allow you to gain you the same traction and success as you would have with Groupon.

For those business owners who want more control on the process, consider using more creative options such as turning your business’s emailing list into a deal distributor. Reward the individuals who have provided you with their email address by sending deals on a moments’ notice. Provide incentives for customers to come with their friends for deeper discounted deals. If you are not currently utilizing an email list for your customers to stay updated on your business, you may want to start doing so. Other alternatives also include finding creative uses for popular location-based applications such as Foursquare. You can offer discounts and incentives to users who check in, as well as more valuable deals to the users who earn special badges.

Groupon may be popular and in high demand, but it is not the only way to ride the craze of group buying. The entrepreneurs and business owners who are willing to get creative enough will find themselves doing unique things that catch customers’ attention. Between Facebook’s new Deals application, Groupon competitors and innovative emailing list strategies, the opportunities are endless. The trend away from traditional advertising to more interactive mediums is something that is here to stay. The social graph has proven that a focus on social, mobile and location-based mediums can be profitable. How will your business use them?

If you have had experiences with Groupon, Facebook Deals or any other creative deal offering application, how did it work for you? If you are aware of alternative applications or strategies that were not discussed, please leave them in the comment section below.