Think back to the second grade…. Remember when Ms.{Enter 2nd grade teacher name here} had you stand up in front of the class and describe what you wanted to be “when you grow up.” First of all, at what age do you really grow up? Second of all, why is it that most, if not all students said that they wanted to be a lawyer, doctor, firefighter or politician? While all these are admirable career choices, I find it problematic that the students rarely aspire to be entrepreneurs. My case is as follows:

Lawyers defend people’s rights and help them with legal issues, which is great. Doctors keep people healthy, which is very important. And firefighters save people from fires while politicians supposedly represent their constituents in the larger government. However, entrepreneurs are the people who create all the amazing products and services that we can’t live without, all while creating most of the nation’s jobs. Entrepreneurs live in all of our communities and allow us to live with the luxuries that we love. I argue that entrepreneurs have the most important role in the economy and livelihood of our nation. For this reason, I argue that entrepreneurship should have a more visible presence in our education system. As an aside, it should be noted that I am of the belief that entrepreneurship can be taught.

After math, english and history, there should be entrepreneurship. If we get our young students understanding how value-creation and businesses work at a young age, their aspirations may shift from “successful” professions to “important” professions. The biggest deterrent preventing students from learning about entrepreneurship is the knowledge and confidence that they can create a business. When this idea is reinforced in someone’s mind throughout their academic journey, the chances are greatly improved that they may pursue this direction. It should be noted, that with the term entrepreneur, I am referring to any person who creates value through a for-profit or non-profit business or organization.

END_OF_DOCUMENT_TOKEN_TO_BE_REPLACED

When a company’s name results in the addition of a verb into Webster’s Dictionary, that company has clearly attained a unique level of success. Google is the most modern example of such an organization. Best known for its search engine, Google has grown into a global company with the most talented and intellectual individuals at its helm. Each product or service that the company provides seems to make a consumer’s life a little bit easier. Because of the innovative tools and freebies that the company offers, it becomes hard not to like, if not love, everything about Google. However, it appears as if some the noise of the anti-Google crowd is growing louder and louder. The main argument is that Google maintains too much information about its users, and the intention of use of this information is less known. Furthermore, that the company is attempting to control too much of “our” lives. I’ll provide the information, you can decide.

Larry Page and Sergey Brin met at Stanford University in 1995. Within 3 years, the pair was recognized by PC Magazine for creating a search engine, named Google, which topped the big name competitors in power and execution. As user growth exponentially increased, the variety of search inquires varied to more personal and intimate searches. It should be noted that Google’s privacy policy states that Google does maintain your search inquires, linked to your IP address, for a particular time period. In April of 2004, Google launched Gmail, which is a free email service that provides unlimited space for user emails. Gmail grows quickly and soon rivals competing services like Microsoft’s Hotmail and Yahoo’s email service. Fast forward to 2008, at which point Google created “Google Health,” which allowed users to store and manage health and medical records. Then, next up was the Google phone, the G1, which offers the open platform named Android, which allows for integration of your personal contacts, email, social profiles, mobile Google searches, calendar, pictures, and other information.

In 2010, Google is rumored to be entering new and interesting industries. According to February article on Mashable.com, a popular social media blog, the Federal Energy Regulatory Commission granted Google an order to “buy and sell” energy at market rates. What are Google’s reasons for this, we don’t know. A March article in the Silicon Valley Watcher, a famous tech industry blog, Google is looking into “creating its own internet.” Basically, the company is looking to create its own internet to allow faster and more efficient transfer of data, which means a better internet experience. What this also means is that all of your information or content, if you use such a network, is passing through the servers of Google.

END_OF_DOCUMENT_TOKEN_TO_BE_REPLACED 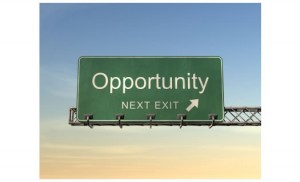 Opportunity is visible to those who refuse to accept the status quo. I think that it is self-evident that entrepreneurs, by nature of their mindset, are better trained to see opportunity. Upon recognizing the opportunity, it takes action to turn a problem into a successful solution. However, I often wonder if I am the only aspiring entrepreneur that deals with the obsession of finding, and attempting to solve opportunities and problems. My problem lies in the fact that when I discover an opportunity and pursue in creating a viable and efficient solution (a product that someone is willing to pay for), I come across another opportunity that seems equally or more so attractive. Rarely does this distraction actually deter my focus, however, it does get my mind going. It seems that wherever I am, I often find myself saying “there has got to be a better way.” By nature of my personality, I see inefficiency and desire to solve it.

As I pursue one venture, and dedicate time and resources, I find get attracted by other inefficiencies in life. My passion for my current venture doesn’t dissipate, it just gets entangled with additional opportunities. This can be a problem because it can cause a disruption of focus towards one venture. Instead of working around-the-clock on Company A, I spend a few moments thinking of the potential of Business Opportunity B. These few moments, on a regular basis, can be very costly for an entrepreneur who must move quickly and adapt constantly. On the other hand, I think that this paradox is what defines serial entrepreneurs. (In case your unfamiliar with the term, serial entrepreneurs are people start multiple businesses throughout their professional life, because of a passion for business.) This mentality may prove to be the motivation behind a lifelong attempt at solving the world’s problems, or it may end up being the distraction that contributes to a potential failure. I can’t determine at this point. My sole purpose for bringing up the issue of this paradox is to see if anyone else is affected by this. And if so, how do you deal with this? I would love to hear from you.

As a graduate from business school and a growing entrepreneur, I have become extremely familiar with the term “raising capital.” Between the classroom lessons and the entrepreneurial workshops, it appears as if the process to raise funds is as systematic as building something on an assembly line. After your personal expenses are exhausted, it seems to be unanimous that the first stage is always the 3Fs, or family, friends and fools (those willing to give you money based on your relationship). The second stage appears a little less definite. Depending on what your business is or how much capital you need, you either can go to a bank for a small business loan, or you can proceed to solicit angel funding. The third stage is the point in which I question some things. 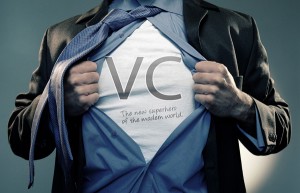 I find myself asking: Is Venture Capital the logical next level? I understand that this has been the traditional route for high-growth companies, but are there other options? Rarely does an entrepreneur receive information about alternative financing sources. It seems as if the negative stigma attached to accepting VC funds is that they require too much equity demand too much control. Personally, I think that it is fair to give up equity and control for the funds that can truly take you to the next level. Anyway, as I was saying before, I wonder if their is another 3rd option. I was watching a very intriguing interview with a successful entrepreneur in which he said something that I have never heard before. After receiving angel investment, he needed another large injection of capital. However, he didn’t turn to VC firms. He used pursued a strategy known as a “reverse merger” (reverse IPO). This is a rarely-used strategy that involves one company buying a public company (typically a shell company) in an attempt to bypass many of the legal work of going public. This option allows a company to raise capital through the public markets. After learning about this, I found myself asking how many other methods are available to raise funds. I know that a reverse merger doesn’t apply to most companies, however its a option that you don’t hear much about.

END_OF_DOCUMENT_TOKEN_TO_BE_REPLACED 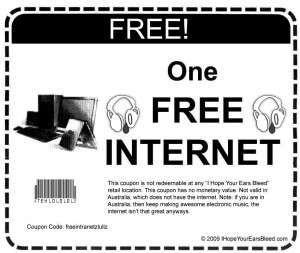 I engaged in an interesting debate today about whether or not there is too much online content that is available for free . More specifically, the argument was about the fact that so many blogs, social media sites and Web 2.0 sites provide excessive content with no charge. Is this trend ruining the ability to entrepreneurs to profit from valuable information. Within the confines of my specific debate, the famous blogger proposed charging a fee for his content. I, along with countless others, were taken back and found the idea insulting. Then I paused and asked myself, are we spoiled? Have we been so over-exposed to thousands of free tools, resources and content via Web 2.0 sites and blogs that we feel that we deserve it? Does that make it right? I find the issue very interesting because it appears that the primary success of new media is predicated on the ability to share information, fast and free.

On one side, I think that people should feel obliged to provide free content. The fact that your knowledge can benefit others should be reason enough to provide the information to others, right? It doesn’t hurt you to help me. However, the capitalist inside me realizes that we should take note of the excessive amount of information that Web 2.0 sites and  bloggers. Its more than fair that I should be able to charge a subscription fee for providing valuable information to you on a regular basis. Its my right. More importantly, if you don’t want the information, don’t buy it. What worries me is that too much value, resources and information is being provided for free. What happened to the spirit of capitalism that allowed us to prosper as we do?

END_OF_DOCUMENT_TOKEN_TO_BE_REPLACED

As you have already figured out, my name is Mark Hall. The reason and inspiration behind my blog is to share my experiences, motivation and ideas with the world. My interests revolve around the ideas of technology, business and innovation. I truly believe that anyone who is motivated and has a vision can solve the problems of the world, given the opportunity. With this blog, I intend to discuss ideas, resources and motivating reasons to assist readers in accomplishing any dream that they may have.