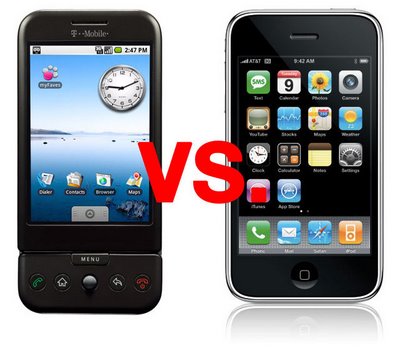 Technology is remarkable. Twenty years ago, a company’s best method of delivering content, products/services or messages to their customers was through a brick-and-mortar retail shop. Ten years ago, the web began developing as the “go-to-place” for distributing information or products/services. Now, the world of mobile applications is putting a strangle-hold on content and product/service delivery. Beyond the user interface, the iPhone gained its cult popularity because it gave users the ability to download mobile applications.

If you are the founder of a startup or small business, it is very likely that you have considered building a mobile application for some purpose, if you have not already released one. Creating a mobile app can allow your company to offer amazing products that utilize the most up-to-date technology such as real-time updates, location-based services, as well as social media integration.  However, if your startup is eventually going to make a mobile app, how do you choose between a Google Android Application or an iPhone Application? Most mobile apps today exist on one of these two operating systems. Before you begin building your app, it is important to know the differences between iPhone users and Android users, the demographics, the functionality as well as the benefits and downfalls of developing an app for each. Both the Android and iPhone platforms are amazing, but one may be better suited for your startup. Let’s look at the benefits and downfalls for each one:

Benefits of releasing an application on Android platform:

– Android is available on a larger variety of phones

– Easier process in getting your app on the platform

Benefits of releasing an application on iPhone platform:

– More iPhones sold than any other phone

Downfalls of releasing an application on Android platform:

– Sales of Android devices are less than iPhones

Downfalls of releasing an application on iPhone platform:

– iPhone apps are limited to the iPhone, no other phone model

– More difficult process to get your app accepted into the platform

It is important to note that with the development of the iPad, there is now a new platform to release an application on. Developing for the iPad is very similar to the iPhone. To learn more about developing for the iPad, click here. Have you considered developing a mobile app? Have you already developed an app? What strategy do/did you use to determine what platform is/was right for you? Leave a comment below because I would love to hear from you.