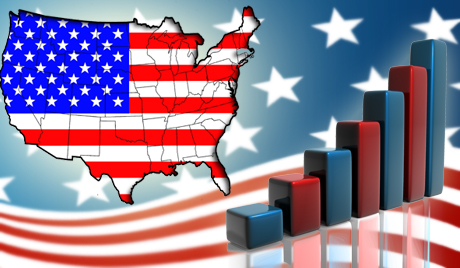 Finally it’s over. No more nasty campaign advertisements, spam emails or automated phone calls. Now that the 2010 midterm elections are over, we can return to some sense of normalcy. However, after pondering on it for a while, I gained the insight that there are countless lessons that entrepreneurs and startups can learn from this election season.

As distinct as the subjects of politics and business may be from each other, they both demonstrate similar lessons about how a politician or entrepreneur can go from nothing to something. Here are 5 lessons that entrepreneurs learned from the midterm elections:

As much as we may want to believe that money is power, it is not always true. Whether it is investing $100 million into a political campaign or receiving $50 million from venture capitalists, big money doesn’t guarantee success. On the political front, Meg Whitman, gubernatorial candidate of California, and Linda McMahon, Connecticut’s senate candidate, both pumped millions of their own dollars into their campaigns and lost their respective elections. Conversely, search engine company Cuil received an estimated $33 million in venture capital funding when it was hyped as the next “Google killer.” However, within 4 years, the company admitted defeat and shut down. The money is only as strong as the message. If your value proposition doesn’t align with your customers, or voters, you may be just wasting your money.

We grow up hearing that experience will lead to success. This is not always the case. Many of the winners of Tuesday’s election won on the fact that they were not “career politicians.” Tea Party candidates prided themselves on not being a “Washington insider,” and that message resonated with voters. Newbie entrepreneurs should take note that experience can often hinder success. An adage that entrepreneurs often state is that “if I knew it was going to be this hard, I would have never pursued it.” However, many of those same entrepreneurs go on to create successful companies. Experienced business people know the struggles, road blocks and difficulties and they often stray away from opportunities because of it. First time entrepreneurs can use their naivety to their benefit. They will do things that they didn’t know they weren’t supposed to, and in the process, hopefully create an amazing startup.

3.       Don’t Be Afraid to Drastically Challenge the Norm

Challenging the status quo often seems ill-advised; however it can often yield to great results. The Tea Party is now a notable political force even though it doesn’t fit the traditional political two-party structure of republicans and democrats. The party’s wins on Tuesday night justify that rules are only rules if you accept them. Entrepreneurs should strive to create products and services that differ greatly than those in the status quo. Furthermore, their method of operation and company culture should strive to break the traditional expectations. A prime example of this is Google. Google was the first notable company to provide their employees with time to work on personal projects of their choice while being paid for it. To elaborate, Google engineers are allowed 20% of their work time, or one day a week, to work on things that they are passionate about.  As a result, Google has actually utilized some of its employees’ projects for company use, some of which have resulted in successful Google products. Traditional corporate business models would never allow employees to get paid to work on personal things.

The media is your friend, but it can also be your enemy. Through the long campaign season, politicians were on every news network touting why they are better than their counterpart. Often times, these publicity events can have a negative reaction. Politicians can lose popularity from one bad public appearance. Because of social media, any media appearance can be scrutinized and can spread like wildfire. This is exemplified through the off-the-cuff remarks made by candidates such as Carl Paladino, gubernatorial candidate of New York, and Rand Paul, senator-elect of Kentucky. For entrepreneurs, any time that you or your company is in the news, your brand can greatly benefit or severely suffer. If you misstate your product benefits, company vision or customer satisfaction, your brand can be damaged. Be methodical, be promoting, and most importantly, be careful.

5.       Starting at the Grassroots Level Works

Mobilizing voters and getting customers to buy your product are two very difficult things. Each is possible when the audience is receptive to your message and sold on the value proposition. Getting people excited about your message, or product, can allow you to gain a tremendous advantage over your competitor, even before you launch. The Tea Party became a legitimate political force because of grassroots efforts of their members. Local rallies, social media, and an unwavering support for the message is what allowed the Tea Party to gain such traction. Entrepreneurs should strive to create a grassroots campaign for their products/services, even if they have not launched their product yet. Explain to potential customers what your vision is, why your company can make their lives better, and why you need their support. When your customers get excited about your company, they will become an extension and advocate of your brand.

As the political landscape constantly changes, so does the business environment. Success is based on the politician’s or entrepreneur’s ability to learn, adapt and focus on what makes their voters or customers happy. By staying informed on what works, you provide your company or campaign with an advantage over your competitor. Therefore, even though it may have been annoying to have been bombarded by the political emails and letters, we can now say that we learned something.